How It Differs From Federated Blockchain? – 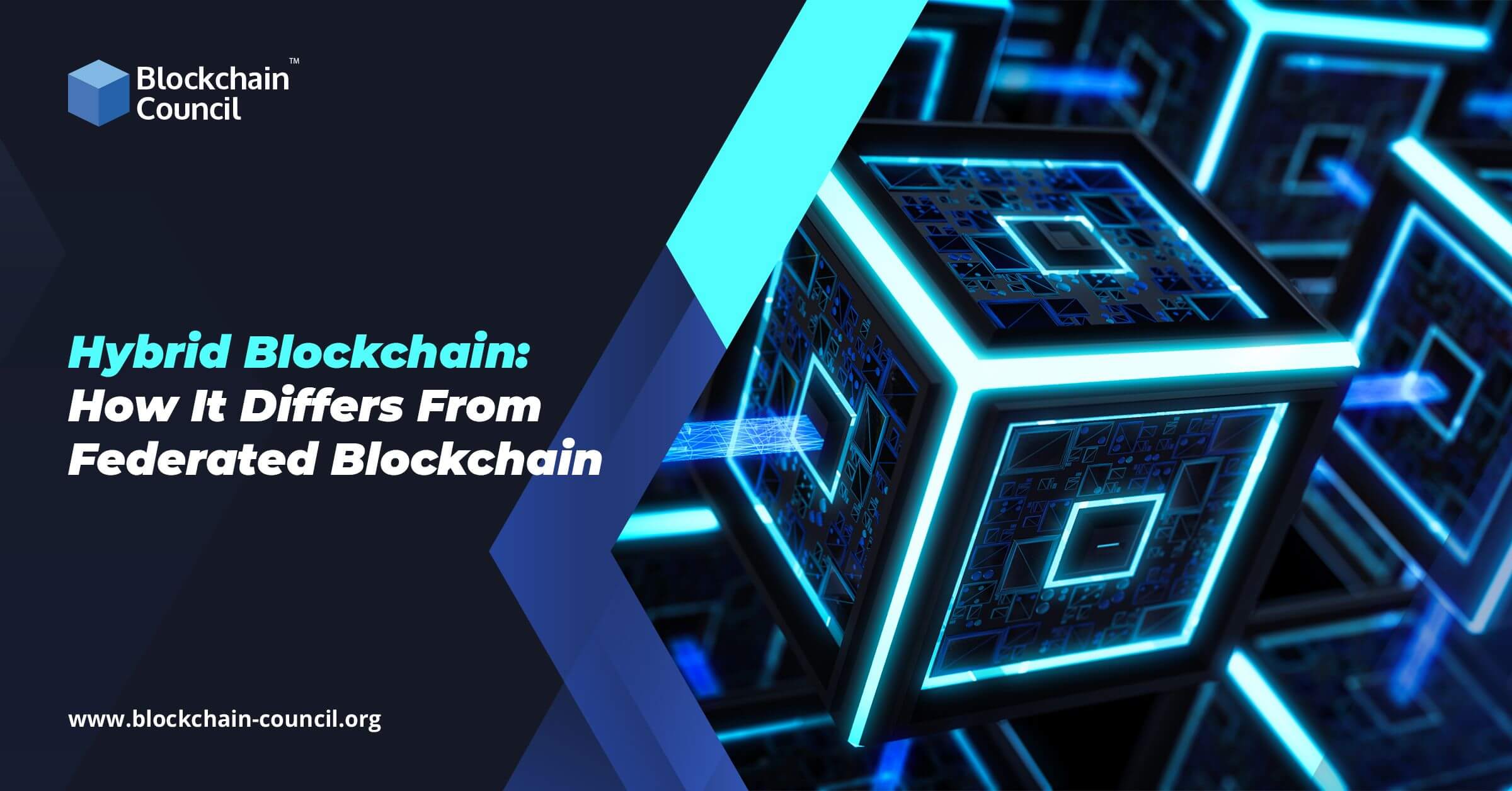 You must have heard a lot about types of Blockchains. This article covers one of the exciting topics, and that is how Hybrid and Federated Blockchains differ from each other.

What We Need Different Blockchains?

The advent of Blockchain has taken the world by storm. Gone are the days when Blockchain was utilized only for digital payments like cryptocurrencies; today, Blockchain is being used for different applications and that too in different ways. In other words, the usage of blockchain differs according to the use-cases. For instance, Bitcoin is a public Blockchain network as people worldwide can become a node, verify other nodes, and trade bitcoins. But such Blockchain doesn’t suit everyone’s agenda. For instance, banks need to use their own private Blockchains in order to simplify, streamline and verify transactions and contracts that would previously have taken far longer and potentially been less secure. Thus depending on the use and requirements, there are different ways by which the blockchain network can be set up.

Want to gain an in-depth understanding of Blockchain? Are you looking for the best Blockchain Certification courses? Your search ends here!

What are Hybrid Blockchains?

These Blockchains are best defined as a blend of a private and public blockchain. They aim to combine the benefits of both of the blockchains while curbing the disadvantages of each. It has its use-cases in those enterprises that neither want to deploy a private blockchain nor public Blockchain but want to use both in order to avail the combined benefits. With such a Blockchain network, one can have a private permission-based system and a public permission-less system as well.

Such a Blockchain network allows only a selected section of records to go public while keeping the rest confidential in the private network.

If the idea of building on a private blockchain sounds interesting to you, you can get enrolled in the Blockchain Council and become a Certified Blockchain Expert.

What are Federated Blockchains?

Federated Blockchains are read also known as Consortium blockchain that are best suitable for organizations where there is a need for the public as well as private Blockchain. This definition may sound identical to Hybrid Blockchains, but please note that they are not the same.

In this type of network, there is more than one central in-charge that grants access to pre-selected nodes for writing and auditing the Blockchain network.

It is partly public and partly private, and there are two types of parties(users) involved- firstly, there are users who have control over the Blockchain and decide who should get permission to access the network, and secondly, the users who can access those networks. The benefits of having such strict access indicate faster transaction speed, high scalability, and better privacy.

Energy Web Foundation, R3 are examples of such Blockchains.

How Do They Differ?

You must have understood what hybrid and federated(consortium) Blockchains are. Now, let’s delve deeper and explore how these Blockchains differ.

In hybrid Blockchains, some instances are public, whereas some are restricted. On the other hand, in the case of federated, only selected participants get full access to the network. Another point of difference is in terms of decentralization. Hybrid is known to be partially decentralized, whereas Federated offers complete decentralization.

Private consortiums cater to business-to-business(B2B) transactions; hybrid blockchains, on the other hand, open the possibility of decentralized solutions involving business-to-customer (B2C) use cases.

Both the Blockchain networks have something unique to offer, and therefore to state which Blockchain is best is not a simple answer. Depending on your enterprise requirement, you can choose the one and utilize its advantages.

At present, there is a rise in careers in blockchain technology. If you are interested in becoming a blockchain developer and building Blockchain-based applications, check out Blockchain Council.